[Blog] Inequality is a choice not an inevitability 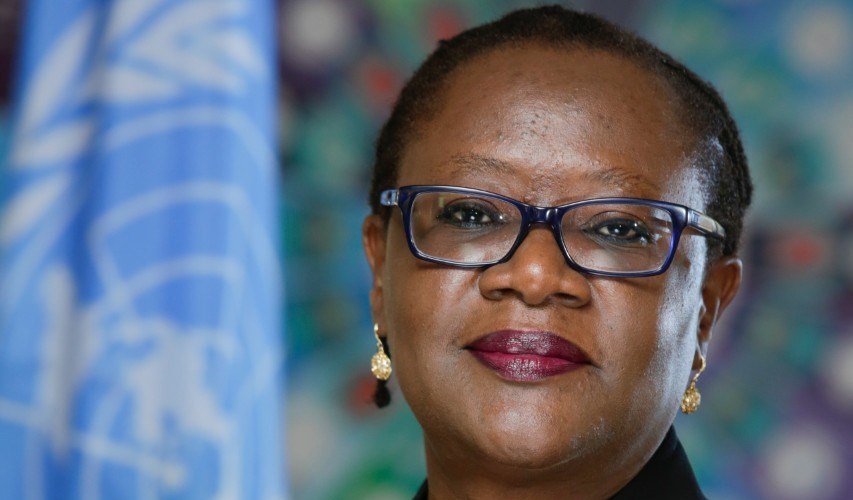 Tropical Cyclone Berguitta swept across the Indian Ocean islands of Mauritius and Réunion on 18 January 2018, bringing with it torrential rain and sustained winds of over 130 km/h. Mauritius Fire and Rescue Service (MFRS) responded to around 150 calls for assistance, most of them for flooding in Port Louis and areas of Plaines Wilhems District including Chebel, Beau-Bassin Rose-Hill, Quatre-Bornes, Vacoas, Floreal and Curepipe. Again, in April 2019, a heavy rainfall event hit Mauritius again and 111 households were affected at Fond du Sac, necessitating Government assistance.

The events of January 2018 and April 2019 – and how they came to pass – are a distillation of the intertwined challenges that will come to define the twenty-first century: that of the climate crisis, technological transformation and inequality. Poorer and more marginalised sections of the population are often the hardest hit by climate and economic shocks; and increasingly, around the world, many are taking to the streets to air their grievances – worn out from having to recover from repeated climate related catastrophes and economic shocks.

Systematic responses to burdensome and repeated challenges begin with tackling issues at their root. Environmental degradation, rising fuel costs and a lack of jobs are just some of the issues driving recent protests around the world. People are increasingly taking to the streets because they feel that economic and political structures are rigged against them.

These grievances support the core analysis of the new UNDP’s Human Development Report, which presents decision makers with the choice to overturn deep-rooted systemic drivers of inequality.  In doing so, there is the opportunity to simultaneously eliminate extreme deprivation while equipping everyone to live with dignity, manage the fallout of our planet heating up and benefit from modern breakthroughs in artificial intelligence and robotics.

Inequality is not inevitable, but it will only get harder to correct humanity’s current self-destructive trajectory. The climate crisis is already hitting the poorest communities the hardest and earliest. These same people are also missing out on the opportunities needed to get ahead, like a university education. Even the most basic human needs are still not being met for many.

The odds are clearly stacked, in a wide range of ways, along gender, ethnic, linguistic, class and sexual orientation lines – to name but a few. Women represent the largest systematically disadvantaged group worldwide; and, are facing a backlash to their empowerment.

The new UNDP report details how the proportion of people biased against at least one form of gender equality has grown between 2005 to 2014, in half of the 77 countries assessed, to 90% of men and 86% of women showing bias. Additionally, the more power is at stake, the higher the resistance; with a woman facing more intense opposition in running for political office than voting.

These statistics speak to just one of many pervasive and pernicious inequalities that exist in the world and are driving frustration and resentment. But with the scale and scope of the challenges mapped out, how do we respond?

For starters, a relatively low national income is no excuse for inaction. Countries with fewer resources at their disposal might take inspiration from Ethiopia, which has rolled out pre-primary education across the country, securing a double win through facilitating early childhood development and freeing up mothers’ time, so they can join the workforce if they choose.

In terms of climate, technological transformation and inequality, as a Small Island Developing State with high-income status, Mauritius remains vulnerable to climate shocks and action has to be taken to tackle the intertwined challenges in a holistic manner.

Looking to expand opportunity and climate action to reduce vulnerability, I am proud to say that UNDP will continue its work in Mauritius so that no one is left behind. Through the Accelerating the Transformational Shift to a Low Carbon Economy project in partnership with the Green Climate Fund, UNDP will contribute to the Government of Mauritius focus on further democratizing access to clean energy by helping the poor to take climate action to mitigate and/or adapt to climate change. This will be achieved by targeting low- and middle-income households to benefit from partial grants to install rooftop PV systems in conjunction with the CEB Home Solar Project.

We will also focus on disaster risk reduction through a planned Adaptation Project to support the use of digital technology to assess the long term impact of climate disasters and inform policy making; quantifying the economic loss and damage due to climate shocks; and supporting resilience building through early warning and effective response mechanisms, at national level, in the spirit of leaving no one behind.

Countries will not be able to beat inequality on their own, however. As with the climate crisis, collective action is an essential part of the solution. For example, international collaboration will be required to tackle tax evasion and prevent a race to the bottom on corporate taxes and environmental standards. Moreover, new standards need to be developed to make sure that new generations of digital firms make markets more efficient, satisfy labour regulations and pay their fair share of taxes.

On gender, policies should seek to change social norms and eliminate discrimination through education, awareness and changing incentives. And to ensure that everyone benefits from the latest technologies, UNDP hopes to see more measures like free broadband and electronic medical records to micro-target those left furthest behind.

Returning to consider the sense of disenchantment and dispossession underpinning many of the year’s protests around the world, leaders must redouble their efforts to remove the alienating, insurmountable and unfair obstacles their citizens face in achieving the life they want for themselves. Governments must drive radical reforms to enable their citizens to thrive rather than just survive in an era of climate crisis and technological transformation. If they don’t, the current growing unrest might set off a decade of turmoil and uncertainty.

Inequality is not inevitable. We in UNDP stand ready to support the government to make the difficult choices needed to support all citizens – now and in the future – with a fair and dignified lot in life, powered by technology, shielded from prejudice and protected from an increasingly unforgiving climate.