An important gameweek where top two clash at Anfield 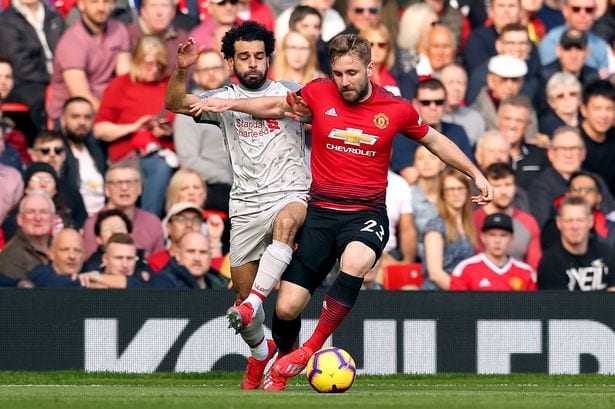 Liverpool favourites but United look better side
Since the end of October, Manchester United have won 12 more points than Liverpool (playing one
game more), a long enough period for us to say with some certainty they are currently a better side.
Despite that, the bookmakers think Liverpool are significantly more likely to win the league (though still
not as likely as Manchester City). Presumably, the sustained excellence of Jürgen Klopp’s side over the
last two full seasons continues to outweigh more recent evidence. Inevitably this match will either
change that opinion or reinforce it. Regardless, United currently enjoy a level of superiority over their
bitter rivals they last achieved more than five years ago, during a run across the 2014-15 and 2015-16
campagins that included a 3-1 win over Liverpool.

Saints owe much of improvement to steely defence
Though Southampton laid some ghosts to rest in winning 2-1 at the King Power Stadium just over a year
ago, it will be a while before they play Leicester without last season’s 0-9 shellacking cropping up. Their
improvement since then is as obvious as it is remarkable, but their current defensive solidity is
particularly astonishing. The last team to score more than once against Southampton in the league was
Manchester United in November. The Saints have conceded just twice in their last five games – most
recently in the 16 th minute of their home game against Manchester City on 19 December, 344 minutes
ago. No team has more than their eight clean sheets this season – one away from their entire tally from
last season. Away from home they are surprisingly reliant on set pieces: they have scored six times from
open play, and six times from restarts, including a penalty

Werner hoping to play central role against Fulham
It was, of course, only Morecambe, but Timo Werner will hope his FA Cup tap-in holds rather more
significance than that. It put to bed a 12-game goal drought for the £47.5m signing that had brought
questions – touched on last month by the player himself – about his adaptation to the intensity of the
Premier League. That goal came from his favoured centre-forward position and he might hope for a
third consecutive run-out in that role, rather than out wide, against a compact and well-drilled Fulham.
Werner has struggled to expose teams with his speed and directness, largely because his own
possession-based side face so many teams that are fixated primarily on sitting deep. Perhaps the way to
ease him back into form is to keep fielding him closer to goal, as Arsenal have attempted with Pierre-
Emerick Aubameyang, although Fulham’s sturdy back three will take no prisoners with their physicality.

Porous Leeds buoyed by Brighton’s injury list
Managed by single-minded, commendably principled men with very fixed ideas of how the game of
football should be played, two of the Premier League’s more aesthetically pleasing sides meet at Elland
Road. Ongoing toothlessness up front and a chronic inability to defend set pieces has Brighton near the
foot of the table, but they might have fancied their chances against a Leeds team that has conceded
more goals than every other team in the division except West Brom. That is, if they weren’t missing
Tariq Lamptey, Aaron Connolly, Danny Welbeck, Adam Lallana and Alireza Jahanbakhsh through injury.
Marcelo Bielsa must plan without his most influential player, Kalvin Phillips, who is suspended and will
miss an intriguing contest that may be diminished by the absence of so many key personnel

Blades face Spurs in a match of high stakes
Do Sheffield United have a chance against Tottenham? If José Mourinho’s side go a goal up then yes,
maybe. Spurs have not won any of their last four away league games and badly need to start inflicting
greater damage on opponents if they are to stay among the title contenders. The league table would
suggest the Blades are ripe for a hiding, but it would be wise to remember when Spurs were blown apart
at Bramall Lane back in July, a performance that epitomised the verve and energy the hosts showed last
season. There were passages of play against Newcastle that suggested Chris Wilder’s men are getting
that back and it would be unwise to discount the surge in confidence that Tuesday’s long-awaited win
will have given them. Sunday feels like a high-stakes afternoon, given Tottenham’s need to convince and
the desperation United must feel to build on what momentum they now have.

Foden taking centre stage at improving City
With two goals and an assist, Phil Foden has contributed to as many goals in City’s last two league
games as in the rest of their season combined, while also scoring in the FA Cup last weekend. Three of
his four most impressive passing success percentages this season have come in his last three
appearances. When he said after scoring the winner against Brighton on Wednesday that “I have never
enjoyed my football as much as I am now”, it will have surprised nobody, and Pep Guardiola also
reported that “when you see his face he is happy at training sessions and playing games”. He has already
played 75% of the minutes he was given in the Premier League last season and it is starting to look like
Guardiola’s assertion in July 2019 that Foden was “the most, most, most talented player I have ever
seen in my career as a manager” might not have been wild hyperbole. City have now played 16 games;
after half of those they were 13 th , a point behind Palace in the table. Now they are 10 places and 10
points above them, and with a game in hand to boot.

Antonio all the sharper for FA Cup run-out
Following the sale of Sébastien Haller to Ajax, West Ham will be completely reliant on the superior,
industrious Michail Antonio to lead their line until such time as they can replace their recently-departed
sullen striker. Antonio returned from a hamstring injury on Monday night, huffing and puffing his way
around the Edgeley Park swamp to little great effect as West Ham advanced to the FA Cup fourth round
at the expense of Stockport. The importance of Antonio getting almost the full 90 gruelling minutes into
his legs cannot be overstated. We can expect to see a much more fit and firing version of the striker
when he lines up for his first league outing in six weeks

Newcastle must find cup spirit in trip to Arsenal
The most damning conclusion about Newcastle’s defeat to Sheffield United is that it was no shock. The
Magpies have long been exactly the team you want to face when on a horrible run and they turned in
the kind of no-show that leaves you wondering where the next point is coming from. Their last six games
have actually yielded two, including a gutsy draw with Liverpool, but they look like a team on the slide
and need to halt that suspicion when they visit the Emirates on Monday. Part of the frustration around
the reverse at Bramall Lane was that, three days previously, Newcastle played well and could have won
at Arsenal in the FA Cup. They need to channel that spirit on their return to north London. Newcastle are
a team that wait for things to happen to them and, while that will occasionally earn them a creditable
result, they need to start shaping events themselves to avoid a relegation battle.
Source: The Guardian