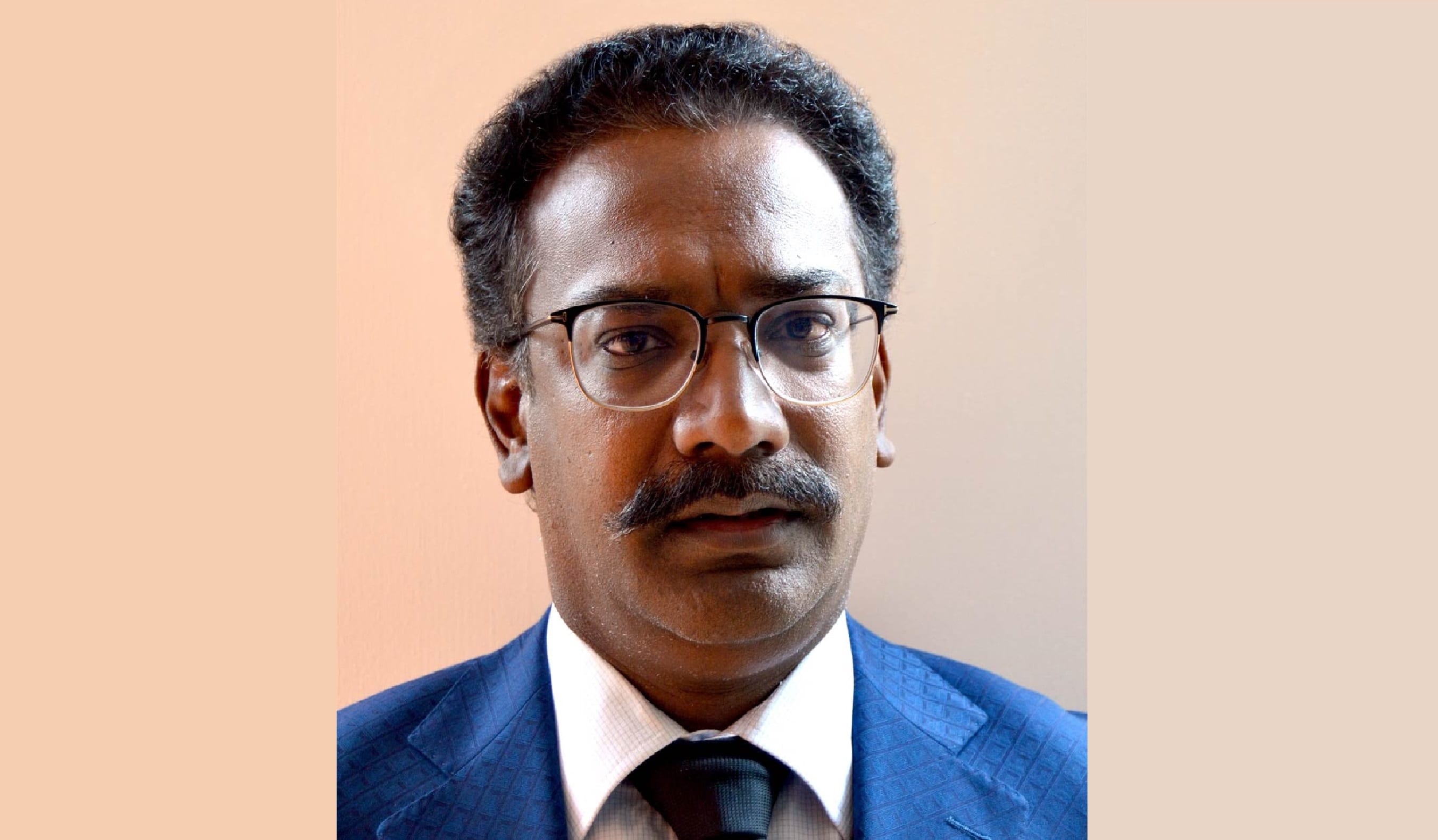 We have probably never witnessed people feeling as much fear as in this present moment; regarding their health, safety, monthly income and the future of the economy in general. We have the impression that people are seeing the end of the world. Business leaders, governments, international organisations, the self-employed and unemployed ‑ everyone you can imagine ‑ are worrying about how to make both ends meet. The IMF has predicted that Mauritius will have negative growth of 6.8% this year, while the world economy will experience a 6% contraction if the lockdowns continue. The Mauritian government has even reached the extreme forecast of a 7% to 11% fall in economic activity for this year. This is really frightening: Like watching a +18’s horror film.

It is absolutely human to experience fear but, at the same time, it is unwise to only see a totally dull and grim future. It is not the first time that the world is facing a crisis and it may not also be the last time; though we must admit that the present one is actually different, in its form. The world has very recently faced the financial crisis of 2007-2008, also known the Ebola fever and other crises, but the good thing is that the world is still turning. Further, the world, well before the pandemic, was already in economic difficulty; with markers like the decreasing growth of China, the trade war between China and United States and high debt of Italy. In Mauritius, the manufacturing and tourism sectors were already in the red zone, and the public debt was reaching new heights, amongst others.

We cannot put all the blame on the pandemic. I think the blame needs to be shifted predominantly on our leaders, who have been sleeping in an assumed comfort zone without preparing a stronger economy well before. But the beauty of humanity is its power to adapt: Those with positive thoughts have always had the power to keep the wheel moving. Now more than ever, we need to focus on solutions rather than nurturing our pessimistic instinct. We must understand that the forecast of the IMF is based on assumptions, namely extrapolations of past data and a longer lockdown. This may not reflect reality. For example, China, Spain and Italy, some countries worst hit by the pandemic, are already on their feet. Further, has IMF considered the significant work at home’s contribution to the economy during the lockdown?

The pandemic has also brought people to question the present capitalistic system. The latter is being pointed out as evil and presented as the possible cause of the situation we are currently facing. It is absolutely normal that people want change during difficult times but we should not shift from bad to worse. Does this mean that people want a centralised system with state power instead of the private sector? That is, will people be happy if organisations are run like Air Mauritius and MBC? A capitalist system is not bad but has inherent weaknesses as any other. Capitalism has brought significant innovation and improvement to the world, but probably not enough to the lesser fortunate people.

There is absolutely nothing wrong in being rich. Instead of presenting the rich as bad, our decision makers should concentrate their effort in helping the poor to get out of their situation. However, we admit that the capitalist system has defects that need to be addressed. The real problem is that the laisser-faire system has been left without checks and balances. International institutions need to submit trade and business to ethical compliance.

For the sake of change, it is also not appropriate to have an inward and nationalistic thinking. Without free international trade, the world would have not grown that much. For example, many of our people would have been able to afford a mobile phone if the parts were not manufactured in China. We cannot be self-sufficient in a product when it costs excessively to produce.

It is no longer the time to adopt the Gandhi’s notion of self-sufficiency which has contributed to make India poor today. Rather, it is time to continue focussing on the law of comparative advantage with more ethical requirements. The people’s want for change at this moment is the good one, but the first ones to change also need to be the people themselves; since they must first reflect on who they choose to govern our destiny. In a dire situation, only the best leaders matter, not their looks, creed or caste.

Secondly, people have to be more financially educated. Not merely knowing about debits and credits and how the financial system works on the surface, as shown on the website of the regulators. But rather have a deeper understanding of the hidden side of our financial systems: Understanding money, the manipulation of the poor and the other wrongs of our financial systems which are supported by the elites. Thus, how many people realise that investing in money brings nothing? How many people understand that giving our money as investment to big companies make the latter richer than us? How many people understand that endowing investment funds with our money, without any control, is stupid?

The financial sacrifice of this present moment should not come only from the government. For example, big companies with more than enough reserves such as banks should voluntarily refuse the grant of government for wages assistance. It would be a crime against the country for banks to benefit from the funding of the government that comes from the tax payer’s money. Instead of relying on the government, banks should do their extra miles by helping SMEs with soft loan. It would be equally normal in this present situation that the greasy salary of the CEO, dividends and share buy-backs of banks be slashed, as the UK banks are respectfully doing actually. The monies retained could be used to give more loans to businesses at reasonable rates of interest.

The crisis may be a blessing in disguise. A blessing because it is a wake-up call for the leaders to think that it is necessary to take bold measures to restructure their economy and not just gain political points. It may break the over-influence of China in the world. For example, this may bring opportunities for our textile industry, which our business leaders should grasp with more innovative strategy. This crisis may also reveal inefficient and corrupted enterprises practicing Ponzi schemes, though legalized sometimes. In a crisis, these companies will appear naked. Efficient and innovative companies will, to the contrary, flourish in this particular moment. They will know how to benefit from the situation.

Presently, everyone agrees that the government has a decisive role to play to keep the economy going. I was shocked to learn the financial propositions of some prominent personalities of our society recently. They are proposing to adopt the helicopter money solution of Milton Friedman and using the Special Reserve Fund of the Bank of Mauritius to inject money in the economy.

Helicopter money is the same as using the Special Reserve Fund of the Bank of Mauritius, which has been argued by many people as a creative accounting phenomenon. To my surprise again, these same people were strongly against the transfer of Rs 18 billion from the Special Reserve Fund very recently but now they have changed their mind just for the sake of giving a solution to the financial problem. I believe that something which was bad at its root yesterday can’t be good now whatever the conditions prevailing.

Helicopter money is bad, dangerous and toxic. In fact, it is fictitious money. Helicopter money is a direct form sent to the Bank of Mauritius to print money and throw it in the economy. It is giving money without any conditions of returning back. The Bank of Mauritius will simply transfer money to the government without any repayment terms which the latter in turn will give to the public freely.

Money has no value if it does not produce goods and services and, worse, if it is taken freely by the government. As you know, the helicopter money will be used to pay wages and subsidize businesses during the lockdown during which nothing – or so little ‑ has been produced. So, without the exchange of production this money will create inflation and depreciate our rupee. Consequently, it is the poor and the middle-class people who will be squeezed as usual.

Though it is a short-term measure and inflation is presently low, helicopter money will have a disastrous consequence in the long run. The proponents of helicopter money have the audacity to say that the law has to be changed to permit this measure. This will only be an accounting exercise permitting the Bank of Mauritius to perpetrate a crime, which is printing money to make the economy worse in the long run in terms of loss of confidence in the value of our money.

This is why it is very important for the people to have proper financial education and not to accept whatever leaders propose. The champion in adopting the helicopter money is the United States and we should remember that these same elites of the United States brought the financial crisis of 2007-2008. They are the same persons who have approved the derivative instruments. Only to admit, after the crisis, that they did not know how these (the weapons of ‘mass destruction’ as termed by Warren Buffet) worked.

It is not a coincidence that Germany and Netherlands, in particular, were at the forefront in the European Union to refuse any write off or concessions to the high debt of Italy but preferred to grant a loan with strict conditions for the latter and other European countries in financial difficulty because of the pandemic. These European countries are serious and know that economic disciplines ensures a brighter future of any nation. They have not favoured a ‘window-dressing’ measure consisting of not showing debts in the books of the government through helicopter money. The government need not be ashamed to resort to loans, which every country is practically doing now. The loan is not being taken for wasting in ministries but for a cause beyond our control.

At the end, people should understand that money in itself does not create wealth. Having more money does not mean you are richer. What is important is what money can buy, that is, its purchasing power. This will be achieved when an economy grows and it will only grow when productivity rises. Instead of whimpering, everyone should focus on increasing productivity so that we may save the useless time spent and bring us to a better future.

Let’s remember that English economist, Lionel Robbins, defined economics as a science of human behaviour. So, let’s cheer up and start changing our mindset positively. And not forget that we are the image of our own thinking.