If you were to describe a person who use drugs, what would you say? Ok maybe I am not being clear in my question; I am talking about illegal drugs, such as marijuana (gandia) or Subutex. Not legal ones like alcohol or cigarettes. One group is used for medical/therapeutic treatment, the other group causes cancer.

So let’s go back to the question. How would you describe the person who uses illegal drugs? 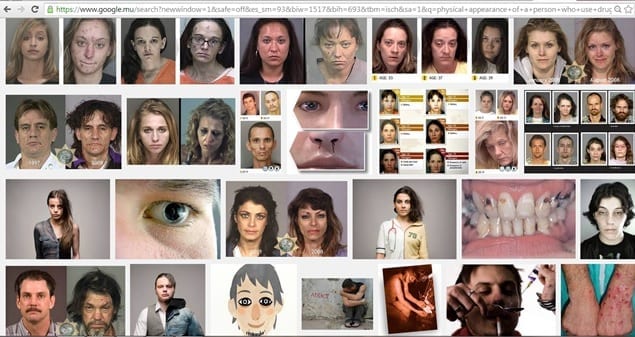 Pitiful, right? How does the use of something that is supposed to make you happy or high, actually turns out to make you look so miserable?

Now just imagine if sa bann droguer-la were able to use their drugs safely in Mauritius? “Impossible! God! People would just be high and haywire all day!” you would tell me, right? Sincerely, I don’t know. What I do know if that we have examples of governments who have been bold enough to change their drug policies.

For 8 months, 11 countries were studied and there was one unescapable conclusion – drug laws don’t work. Common sense would suggest that if our laws are strict and people are punished if they used illegal drugs, then people will be less willing to consume such drugs for fear of punishment. However, it was shown that whether you punish drug users as criminals or treat them as patients does not have ANY effect on how many people actually take drugs. India today are strongly advocating changing their drug laws since activists know that the fight against HIV in India will be incomplete without changing laws which punish drug users.

European countries like Portugal or Czech Republic have decriminalised drug use. Police officers are not allowed to arrest drug users, rather they are sent to a panel which reports to the Department of Health which can refer for treatment or, in worst cases, a fine. In Portugal, drug use among the group most likely to use drugs, 15-24 years old declined and drug use in Portugal is now below the European average in the general population. Mind-blowing results.

Treating drug use as a health problem instead of a criminal one has the effect of reducing the harms that drug use causes: the addiction, the crime, the disease (e.g, HIV and Hepatitis C), not to mention the cost for Mauritius to support and maintain our prisons. Our police officers will be relieved and more resources can be invested into more important criminal cases. I believe that our ADSU can have a more important role in referrals or in stopping drug trafficking. In USA for instance, Houston Police Chief has openly called the country’s drug criminalisation and war on drugs a ‘miserable failure’ and his statement is expected to be a call to action for Congress to change the national drug policy in America.

If you’ve heard of a Certificate of Character, you would know that it’s a piece of paper stating past convictions. In Mauritius, every employer or future employer has the right to access this personal document (yes, from a graphic designer position to an agent at a call centre) and consequently refuse employment based on past incarceration/s. Now, mind you that inmates who have been convicted for possession/consumption of illegal drugs have this information imprinted on this famous certificate FOR LIFE:

Can we then blame the high unemployment rate and the high recidivisms on sa bann droguer-la? Or should we rather say that it is the failure of our legal system, our national drug policies and on our society which have condemned sa bann droguer-la and eliminate every single possibility that they can contribute to our society in a productive way?

To end today’s post, I invite you to view the video under this link.