Man City set to put Liverpool out of title race, with defeat to put the reds at 10 points behind 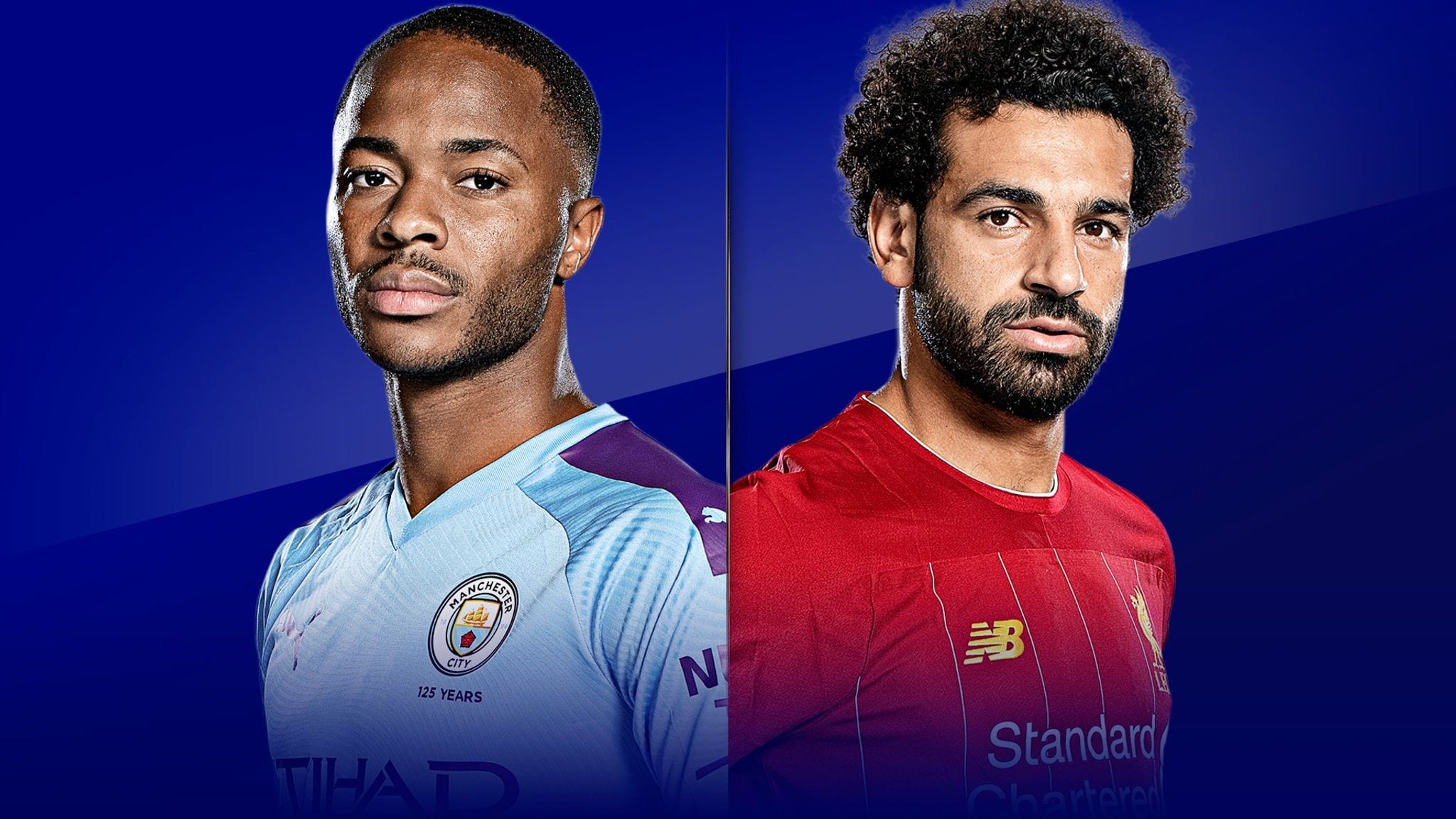 Guardiola set on putting Klopp out of title race

The Manchester City manager has proven as much with his tendency to overcomplicate things in big matches. Few know this better than Jürgen Klopp, whose Liverpool team have more than once been grateful beneficiaries of Guardiola’s needlessly intricate one-off gameplans. There is no call for such complexity on Sunday. City head to Anfield having won 13 games in a row in all competitions, while their opponents have won three of their past 10, lost two on the bounce at home and kept one clean sheet this year. The Anfield crowd, which has in recent years fuelled early blitzkriegs against City, will be absent. Guardiola’s main task may be psychological rather than tactical: to ensure his players take to the pitch with the same freedom of the past two months.

Maitland-Niles has chance to reshape his career

Signing Ainsley Maitland-Niles on loan was something of a coup for West Brom, given Leicester and Southampton had been among the other clubs keen. The Arsenal academy graduate should need no invitation to set into Spurs on Sunday and the hope is the benefits will be double-pronged. Survival looks a big ask for Sam Allardyce’s team, who are 10 points from safety, but the presence of an England international who was instrumental in his parent club’s FA Cup win should do them no harm. It is a big opportunity for Maitland-Niles, too. At 23 he has the chance to become a leading man for a top-flight side in the midfield spot he has always preferred. Versatility is a gift in football but in some cases it can lead to a career passing the player by; the stage is set for Maitland-Niles to shape his own future while helping West Brom to seek what would be among the greatest of escapes.

Lingard has the qualities to shine at West Ham

Jesse Lingard is a funny footballer to fathom. Very few players can do what he does when he’s at the top of his game, but he struggles to hit that standard regularly … yet he’s good enough to find it on the biggest stages. One thing we know is that Lingard isn’t scared, so it was no surprise to see him respond to the pressure of his West Ham debut with a nicely taken debut double. Though David Moyes has a reputation for stolidity, the reality is more nuanced. The West Ham manager likes his team to be compact, hard-working and tough to beat, but he also respects flair even if he’s not quite sure how to generate it. Well, that is now Lingard’s department, and given West Ham are in good shape but in need of a little more imagination, unpredictability and speed, the situation is perfect for him to succeed.

Leicester may be third in the league but their position is deceptive: they are arguably better than at least one of the teams above them. While none of the division’s heavyweights can convincingly claim to be exceeding the sum of their parts this season, Brendan Rodgers’s side are doing exactly that – and the parts themselves are about to improve, too. The rampant right-back Ricardo Pereira, their best player across the previous two seasons, made his first league start of the campaign on Wednesday and was denied a goal only by an offside teammate. The talismanic Wilfred Ndidi and Jamie Vardy could be back in contention to face Wolves on Sunday, while Harvey Barnes looks to be improving with each game, and with the goals to prove it. The Foxes’ last season was defined by a stark decline at the halfway point. This time around, there’s every chance they could get better.

Despite a dreary draw against Wolves, Thomas Tuchel has made a terrific start to his stint at Chelsea. The boldness of his selection for that game evidenced a man with clear opinions about how he wants his team to play and who he wants to play in it, but the period of refining has already begun. It seems unlikely that he will omit Mason Mount again, while Timo Werner’s best is better than that of Tammy Abraham or Olivier Giroud. But Tuchel’s most telling contribution adjustment has been to include Callum Hudson-Odoi who has added thrust, directness and variety to a team that looked clueless going forward. And on top of that, his stationing out wide will allow Hakim Ziyech – Chelsea’s principal playmaker – to move into the middle, where he will necessarily enjoy more possession and more influence. Sheffield United have improved in recent games, but they are in for another difficult evening.

Martínez shows Arsenal what they are missing

You would not be laughed out of town for suggesting Aston Villa’s Emiliano Martínez has been the best goalkeeper in the Premier League this season. Bernd Leno had been in fine form himself until defeat against Wolves on Tuesday, when he was sent off for handball outside the area. It was an uncharacteristic rush of blood for Arsenal’s first-choice keeper, and now Mikel Arteta needs to call upon a competent deputy. That is exactly what Martinez proved to be for Arsenal at the back end of last season, but on Saturday the choice will be between Mat Ryan and Alex Runarsson. Ryan may not be passed fit in time and has barely trained since joining on loan from Brighton, while Runarsson is yet to start in the Premier League after enduring a disastrous night against Manchester City in the Carabao Cup. Arteta may be left to hope that his outfield players, who were flying until the game turned at Molineux, can take the heat off an unfamiliar last line of defence.

Hasenhüttl has to raise Saints all over again after heavy defeat

To lose 9-0 once is unfortunate; to lose 9-0 twice is … you get the picture, but it does seem harsh that Southampton and Ralph Hasenhüttl have endured such a grisly fate twice in a little over 15 months, given the usual standard of their work. Last time this happened they had to wait patiently to get back on track, losing their next two league games before impressing in a draw at Arsenal and turning the ship around from there. On this occasion they visit Newcastle and it is hardly unfair to suggest the Magpies have, in recent years, been perfect opponents for teams in need of an urgent pick-me-up. The nagging worry for Saints is they have now lost three in a row, with injuries – and now two suspensions – biting savagely before we even consider the ramifications of a hiding. Confidence needs to be rebuilt quickly if they are not to slip into lower mid-table; Hasenhüttl has averted that once but raising them to new heights a second time might be his biggest achievement yet.

Luke Shaw comes across as a player who reached the Premier League thanks to the purity of his talent, rather than the intensity of his focus – to the exasperation of his previous managers. But Ole Gunnar Solskjær’s patient, nurturing approach has coaxed from him a consistent excellence that is also altering the dynamic of his team. Previously, the manager had struggled to balance wide attackers wanting to come inside with full-backs offering little offensive threat, leaving his midfield – already busy protecting an iffy defence – to shoulder the entirety of the creative burden. But thanks to the improvement of Shaw and fellow full-back Aaron Wan-Bissaka, United are starting to go forward as a team, using the full width of the pitch. They will need this dimension against an Everton team buzzing after a fine midweek win. If United fail to win and Manchester City beat Liverpool, their “title challenge” will be over almost as soon as it started.

Potter lifts Seagulls by sticking to his principles

Where did Brighton’s magnificent wins against Spurs and Liverpool come from? This particular scribe might not be best placed to answer after despairing at their tidy but unproductive efforts against Fulham nine days ago. For much of the season Brighton have failed to put opponents away, but their performance levels between the boxes have been remarkably consistent. That owes much to the coaching of Graham Potter, whose side are well drilled and encouraged to operate fluidly in attack, so it is heartening to see his work bearing fruit. Potter has held his nerve and refused to deviate from the way he believes Brighton should operate, and the club have stuck by him. In that sense perhaps there is a similarity with Sean Dyche, although you might not believe it if you watched their respective press conferences. Burnley would give themselves a considerable cushion above the bottom three with a win; they will relish the chance to check overconfidence in their opponents but this no longer looks the tense six-pointer that had once been slated.