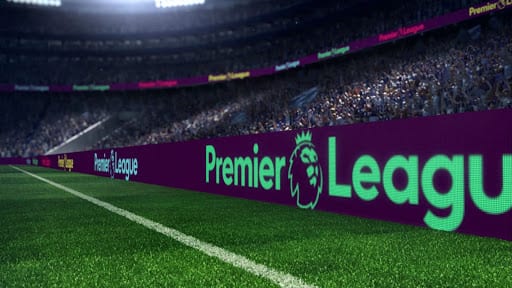 Minding the gap in Manchester
It has not been uncommon in recent times for the Manchester derby to be a battle of first versus second. But since Sir Alex Ferguson retired almost eight years ago there has not been a six-pointer to determine the destiny of the title. When Paul Pogba produced his finest United performance in April 2018 to turn around a two-goal deficit the inevitable was being delayed; the gap between City and United was still 13 points at full-time. A United win on Sunday can only close the gap to 11 points, a day shy of a year since the last derby played in front of a crowd, when Scott McTominay’s late strike secured a deserved United win. Amid the haze of the last 12 months, it’s crystal clear that the gap between the Mancunian giants has opened back up again.

A huge game at the Hawthorns
It’s been a bad week for Steve Bruce. Saturday’s draw with Wolves means Newcastle have won just two of their last 15 league games, and are now hovering just above the drop zone. Bruce’s post-match comments – “unfortunately Matty didn’t get the directions on quick enough” – appeared to blame substitute Matt Ritchie for not passing on tactical instructions shortly before Wolves’ equaliser, which led to a training-ground argument between the pair this week. Ritchie has since apologised but morale seems to be low, particularly with mounting injuries. Callum Wilson, Miguel Almirón and Allan Saint-Maximin have scored more than half of Newcastle’s league goals this season; all three are sidelined. West Brom could hardly ask for a more favourable game, with Sam Allardyce facing another one of his former teams. The manager famously named his Costa Blanca villa ‘Casa St James’ after buying it with his £4m pay off from the Magpies

Handball rule changes may come too late for Fulham
Fulham had a goal ruled out correctly against Tottenham, within the current rules of the game. But it will feel particularly sore for Scott Parker, with the handball law one of a number of issues up for discussion at the Ifab annual general meeting on Friday. Changes to the law made in 2019 means it is an offence if a player “scores directly from their hand/arm, even if accidental”. Which is exactly what happened at Craven Cottage, where Spurs’ Davinson Sánchez smashed a clearance at Fulham’s Mario Lemina from four yards away. The ball hit Lemina’s arm and rebounded for Josh Maja to score. The handball was accidental, Lemina’s hand in a “natural position”, and no Tottenham defender appealed. Nobody in their right mind would call it a handball. The rule badly needs revising at Friday’s meeting, but any changes will not come into effect until 1 June. That might be too late for Fulham.

A test of Arsenal’s forward momentum
“Why does everyone hate playing Burnley?” was the bluntest question asked to Mikel Arteta in his press conference before Saturday’s trip to Turf Moor. “I don’t,” the Arsenal manager replied. “I quite enjoy it because it’s what the Premier League is about, being able to compete against a style that is very defined and executed to perfection.” Arsenal have tended to do exactly that in this fixture, winning four and drawing two in the Premier League era, although they have been tight affairs without exception. Last weekend’s win at Leicester felt like a leap forward for Arteta’s team, with the previously maligned Willian and Nicolas Pépé instrumental in achieving it. For all their upturn since Christmas they have a habit of following a step forward with a shuffle back; mastering the Burnley barrage and earning a second big away win in seven days would heighten Arteta’s love of Lancashire and suggest Arsenal are starting to make strides.

Searching for positives on the south coast
The grinding relentlessness of this season throws up ever more fixtures where the two teams are staggering to the finish line. Battered Leicester’s hopes of the top four are receding as key players succumb to injuries, with Harvey Barnes and Jonny Evans the most recent medium-to-long-term casualties. Meanwhile, Graham Potter’s team have not won a match when Tariq Lamptey, Solly March and Adam Webster have all been absent. The mooted return of Lamptey’s zest down the flank would have been hugely welcome – only for the club to announce he is consulting a specialist and will miss Saturday. March, such a stalwart, will miss the rest of the season and Webster is missing until April. A winless February for Brighton owed almost as much to those absences as their forwards’ continuing problems in front of goal.

A welcome return for Grealish?
To say Aston Villa miss Jack Grealish when he is not in Dean Smith’s team represents one of football’s more trite truisms. They were caught cold by Sheffield United on Wednesday and, barring a solo run from Bertrand Traoré, never looked like hurting the Premier League’s bottom side. The captain’s ball-carrying and leadership cannot be replicated by his teammates. Grealish is expected to return for a mid-table West Midlands derby that sees neither team in the richest of form. The brief revival which lifted the pressure on Nuno Espírito Santo at Wolves last month gave way to a dull draw with Newcastle last weekend and a hammering by Manchester City on Tuesday. If Villa miss Grealish then Wolves continue to lament Raúl Jiménez, now taking some part in training after the head injury he suffered in November.

Nervous glances over Saints’ shoulders
Sheffield United’s win against Villa was well-earned, but they are so far adrift it is unlikely a repeat outcome against Southampton would point the way to salvation. The real interest at Bramall Lane centres on what happens if the visitors, arriving with one point from their last nine outings, fall flat again. They are seven points clear of the bottom three and, realistically, will be safe if they win three of their final 12 games. But they are yet to shake off that 9-0 hammering at Old Trafford and their recovery has to start somewhere if they are to halt what looked the least likely of freefalls when they deservedly beat Liverpool on 4 January. Given they visit Manchester City on Wednesday the table could start looking a touch uncomfortable for Ralph Hasenhüttl.

Tuchel to keep faith with improving Werner
Midway through Thursday evening, Everton were sitting pretty in fourth place after their win at West Brom. By the end of it, Chelsea’s first league win at Anfield since 2014 put them in the final Champions League berth. The two sides meet on Monday night, and even though there are many teams still in the running for fourth, this feels like a defining game. Two opposing strikers come into focus: Richarlison has scored the winner in each of Everton’s last four matches, while Timo Werner put in a much improved display against Liverpool. It feels particularly like the German is on the edge of something and despite Werner’s comments this week that his goal drought is “very tough”, he looked dangerous at Anfield. Everton’s Michael Keane is a brilliant defender but short of pace, and Thomas Tuchel should put his faith in his compatriot once again.

Rested Hammers can push top-four credentials
West Ham and Leeds will both have gone an implausible nine days without playing a game of football by the time they play on Monday. It might mean a departure from some of the increasingly leggy fare that hascrept in over the winter months, and opportunity knocks for David Moyes’ team to go in at full pelt. They will be breathing down the necks of Leicester and Manchester United if they win, with an encounter at Old Trafford awaiting the following weekend. Moyes takes on Marcelo Bielsa’s whirling dervishes having masterminded a deserved 2-1 victory at Elland Road in December and his players’ consistency can be an advantage against dazzling but mercurial opponents. The Hammers are only a few games away from being able to smell the big time; their cause will look all the stronger if assignments like this can be ticked off.